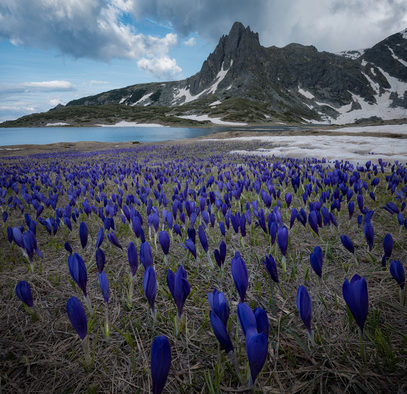 The fading uncertainty has prompted commodity prices to rally, with oil and metals such as iron ore and copper leading the way. This uptrend means that commodities will end on a high note after a rather lacklustre year.

As expected, China and the US made the first steps towards a trade deal on Friday. China agreed to increase its purchases of agricultural products, while the US postponed the tariffs scheduled for December and cut those introduced in September. This is clearly a step in the right direction, although we will have to wait until January to get more details and for the deal to be officially signed.

The Swiss stock market lost ground last week as investors moved into more cyclical segments and regions. This selloff, primarily involving the market’s defensive blue chips, obscures the fact that small caps have been sharply outperforming since the end of the summer.

The main political risks weighing on the financial markets have mostly disappeared. That is certainly the case for the two most burning issues: Brexit and the US-China trade war. Last week, most stock markets rose on the back of this good news. Now that these sticking points are out of the way, 2019 should end on a high note. This year has defied the expectations of even the most optimistic investors – like us. It’s shaped up to be one of the best years in recent history for equities. Most markets have gained more than 20%, starting with Wall Street, which will end the year at an all-time high. The tech sector has recorded the largest gains, jumping more than 40% in most regions. And the discretionary consumer goods sector has come in a close second.

Global equities have been boosted by the decline in political uncertainty throughout the year. But above all, investors have regained interest in equities because their recession jitters have subsided after a disastrous 2018. In the absence of any inflationary pressure, major central banks were able to begin another round of monetary stimulus, which should help to extend the current macro cycle. And the effects can already be seen in the manufacturing sector, which had been weighed down by the trade war between the world’s two superpowers. But 2019 has been a good year for other asset classes too. It’s not only equities that have a good basis for comparison after 2018, which will go down in history as a year in which all asset classes ended in the red.

But black is back in fashion this year. On the bond markets, both government securities and lower-quality bonds have risen. Real-estate funds have also prospered, especially in Switzerland, where these funds have posted record returns. And let’s not forget that gold has jumped more than 10% despite its safe-haven status, which usually means it doesn’t fare well in rising markets. But the financial world never stops, and investors are already looking ahead to 2020. A new decade brings with it numerous questions, which we will be sure to start discussing in January. But in the meantime, we wish you the very best for the holiday season!

The Tories won the general election with a large majority, giving the government greater leeway in its negotiations. In the short term, this much is clear: Brexit is likely to be wrapped up quickly in the new year and a more expansionary fiscal policy will probably be brought in. Growth should therefore be on the cards. Capex, in particular, is likely to pick up after stalling due to the lack of visibility. And after a decade of austerity, some fiscal stimulus should help to boost domestic demand. But not all the uncertainty has gone – trade negotiations will begin at the end of January, and they look set to be tricky. The UK will have to choose between maintaining access to the single market and the prospect of negotiating trade deals with other countries as well.

European stock markets should be the first to be boosted by the reduced uncertainty surrounding Brexit and international trade. After steering clear of these markets in recent months, investors recently turned back to them, partly because valuations are attractive. This is the case for UK stocks – and especially small caps – which are trading at a large discount relative to the global market.