At the very start of the year, the People’s Bank of China said that it would cut banks’ reserve requirement ratio by 50 basis points (for the eighth time since 2018). Its aim is to boost the real economy and free up liquidity in time for the Chinese New Year celebrations, which will start on 25 January.

After peaking in August on a wave of excessive optimism, gold prices consolidated without losing too much ground. The recent rally then pushed prices back above last summer’s high of USD 1,550/ounce, clearing the path to their 2012 high of USD 1,800.

Citigroup’s Eurozone Economic Surprise Index rose sharply in the last two months of 2019, reaching its highest level since February 2018. This suggests that eurozone growth will pick up in 2020, especially since the uncertainty surrounding both the trade war and Brexit has ebbed.

Another year at Trump's mercy?

Last year ended on a positive note for geopolitics, as a truce was reached in the US-China trade war. However, 2020 has started with an increase in tensions in the Middle East. Once again, Donald Trump was in the middle of it all and played a key role in the fresh hostilities against Iran, a country that has regularly been a target of Trump’s threats since he came to power. His decision to take out one of the leading figures of Iran’s regime seems a little impulsive, not to say belligerent. But that is typical of President Trump’s approach to foreign affairs. In the past, he’s shown that he can fire off missiles as quickly as he does tweets. So could this unexpected move be part of Trump’s re-election strategy? Perhaps he wants to get revenge for how Iran treated the USA in 1979 and establish his international authority at a time when his North Korea strategy has stalled. But that would be a risky business. It’s true that a war between the world’s greatest superpower and Iran seems unlikely. After all, the USA clearly doesn’t have the unanimous backing of the international community for a military intervention aimed at overthrowing Teheran’s regime, and certain members of the UN Security Council would no doubt veto such action.

Up until now, the US president has done everything to avoid dragging the USA into a large-scale conflict. But playing with fire could well start a blaze – especially in one of the most volatile regions in the world. Iran has the capacity to cause damage in the Middle East, where the country’s influence has not stopped spreading in recent decades. As investors wait to see how Teheran will retaliate both directly and – as is more likely – indirectly, they must ready themselves for renewed political fears and an upswing in market volatility. Some profit-taking is likely in the short term after stock markets soared in 2019. In the longer term, we will keep a close eye on oil prices. Provided they don’t shoot up, the global economy should gradually recover from the adverse effects of the trade war, which would support stock-market valuations.

Oil – buy on the sound of cannons ?

Oil ended Q4 2019 up nearly 15%. We thought it had already priced in most of the good news and did not have much more upside potential. But the US president’s unpredictable manoeuvres decided otherwise. Killing one of Iran’s highest-ranking officials in a third country has sparked fears of further tensions in a region that is already extremely volatile.

Uncertainty has skyrocketed, and there is zero visibility. The balance between supply and demand is currently tipped in favour of a drop in oil prices, but if political tensions escalate prices could soar. We saw last year that Mr Trump is capable of quickly changing course, as he did with North Korea, when relations went from extremely hostile to excellent in the space of just a few days.

Rather than making very risky forecasts about oil prices, we will instead keep a close eye on how price trends affect the global economy. The economic recovery is starting to gain traction, so we wouldn’t want to see oil prices rise too quickly, as that could put our positive economic outlook at risk by weighing on consumer spending. And since a 1% rise in oil prices boosts inflation by 0.15% on average, an overly sharp increase could spook the bond markets and cause government yields to move up too abruptly.

The coronavirus death toll is increasing rapidly, and it's still hard to tell how the repercussions will compare to those of the SARS outbreak in 2003. While there will be a number of indirect impacts caused by the fear of contamination, discretionary consumer goods will remain the most directly affected sector, especially transport, hotel and tourism companies... 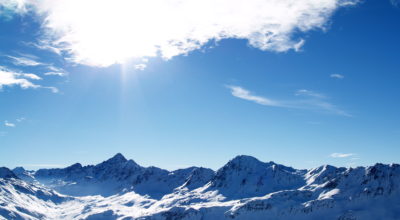 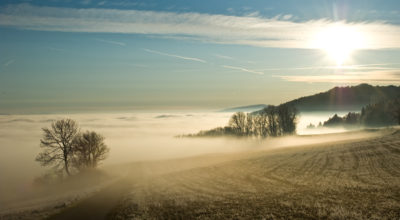