These three words pronounced in July 2012 by the President of the European Central Bank (ECB) at the time were enough to reverse a financial crisis that had been in the making for several months. The European Monetary Union at that time was seriously threatened by the European government debt crisis.

Above all, the Covid-19 epidemic triggered a health crisis. The response of the authorities in the developing countries in recent weeks aimed at drastically reducing travel and even severe confinement has transformed this pandemic into an economic crisis. The tensions observed in recent days on the financial markets threaten to turn it into a financial crisis. After the stock market crash, the dislocation has started to affect the bond markets, where a sharp rise in interest rates on lower-quality bonds such as corporate debt and bonds of peripheral European states has been observed. The foreign exchange market also began to succumb to these fears with violent movements in peripheral and emerging currencies.

This time, words do not seem to be enough if one considers the very negative reception by investors of the timid decisions announced by the ECB at its meeting on 12 March.

Since then, the ECB and the U.S. Federal Reserve seem to have moved from words to deeds and central banks around the world are organizing monetary stimulus. In addition, many governments are setting up fiscal stimulus programs, starting with Europe and the United States. And the numbers are staggering, with hundreds of billions of dollars being injected by central banks. The ECB’s latest move to immediately increase its asset repurchase program by EUR 750 billion had the effect of significantly easing rates on European sovereign bonds this morning, starting with Italian debt, which has been under heavy attack in recent days. Stimulus plans being discussed at governments level are not to be outdone, as evidenced by a total package of more than USD 1,000 billion currently being negotiated by the US Congress.

These important announcements by the authorities in response to the health, economic and financial emergency seem likely to gradually restore calm to the financial markets. All the more so as central banks and governments alike are leaving the door open to other initiatives if necessary. In the four corners of the world, the 2012 words of Mario Draghi resonate. Volatility could remain very high in the short term. But we remain of the view that the worst of the stock market correction is behind us and that a bottom could be reached soon. Given the scale of the measures announced and the amounts lined up, a fairly powerful market recovery is even possible once the peak of the epidemic has passed in Europe and the US. 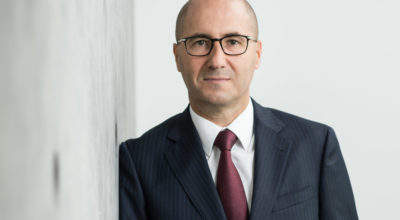